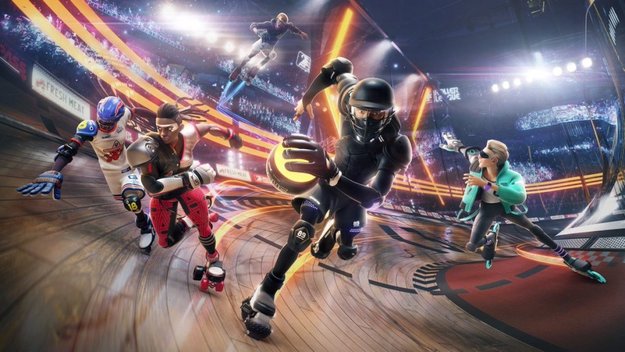 More leaks come and come. Ubisoft may announce a multiplayer roller derby game at this year’s E3. Before the press conference, the first material for a new game has now appeared.

The leak on ResetEra already shows a first artwork, the controller and a small video. The new game is said to have the title Roller Champions and according to SpielTimes an online multiplayer game similar to Rocket League. Not only Rocket League seemed to serve as inspiration, but also Fortnite. The Art style is reminiscent of the popular Battle Royale game.

Roller Derby does not really have a ball in reality. Teams consist of five people who are on the road at the same time. One person each is the so-called Jammer whose job it is to score points by beating enemy players. The remaining four team members have the task as a blocker, both to support their own misery, as well as to prevent the opposing misery of his task.

If we look at the shown controls, we see that Roller Champions does not try to take this game principle into account. Instead, there seems to be a ball, the ability to pass and shoot, as well as dodge and tackle. Passing and shooting could be related to a possible scoring system. The artwork may also suggest that players have different abilities, like Apex Legends or Overwatch. Or it could just mean that we could customize our player individually.

Although Ubisoft will apparently release the game, there is no information about the developer himself. As with all leaks, you should consider the information with some skepticism. So far, there is no official confirmation from Ubisoft.

On which platforms the game should appear, is also not fixed. But we should get in the course of E3 2019 probably more information. After so many leaks, it’s only to be hoped that Ubisoft will surprise us at their E3 2019 press conference anyway.