The Rocket League Crates are among the most sought after items in the game since announced in July 2016. Because they contain cool new skins for cars, tires, paints and other cosmetic items. This is to prevent that it comes to pay-to-win.

In your garage, you can open the crates, or even directly if you get them at the end of a game. Of course you need a Rocket League key.

What is contained in the crates?

Each type of crates has about 14 different items. Only cosmetic items can be included (no pay-to-win possible). These can be partially certified or even painted. Here is a list:

Which Rocket League crates are available in the game?

Currently there are the following crates are available for trading in Rocket League market:

Note: An overview of the Rocket League crate items and content is available by click each one. Check Rocket League Crates Prices here. 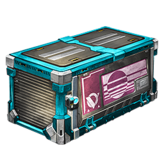 How to earn Rocket League crates? Where do you get crates from?

How To Buy Rocket League Crates?

The purchase of crates works as follows. You add the seller as a friend on Steam/PC/PS4/Switch. Then you transfer (mostly via Paypal) the money. As soon as it arrives, you’re in Rocket League and the seller will give you the crates (in exchange for nothing).

Where Do You Get Rocket League Keys To Open The RL Crates?

Go to your garage

A request to buy the key appears (if not available)